We provide scalable accounting services for businesses of all sizes. Call us today for a free consultation to find out how we can help. Mark Dicus and Company is you premier choice for Accounting services whether you are here locally in the Las Vegas area or anywhere in the world. If you are looking for an experienced US based firm, then look no further.

We provide a comprehensive range of services in the areas of financial management, operations, risk management, strategy and technology. We offer a customized approach to our services that's based on your needs. Additional business services include: Bookkeeping, CFO Services, Cash Flow Management, Strategic Business Planning, Tax Strategies, and more.

We can assist in managing and minimizing all aspects of our client's tax liability, including, but not limited to, Federal, State and transfer taxes. Advance planning results in substantial benefits and allows time for developing alternative tax strategies. We also provide businesses period-end closing, financial statement preparation and budgeting on scheduled.

For too many people the idea of Bitcoin is foreign, despite the gain in popularity within the last year. Bitcoin, or cryptocurrency, is being learned, regulated, gained, and getting a better understanding. As far as the IRS is concerned, the potential large gain offers more tax dollars. For the spiking interest however, we at Mark Dicus & Company would like to discuss Bitcoin basics.

Best defined as a digital currency that only exists electronically, Bitcoin is often credited as the world’s first cryptocurrency, which was released as an open-source software in 2009. Bitcoin is decentralized, which is means it doesn’t have a central issuing authority or political institution that controls the amount of bitcoin in circulation, though Bitcoin platform is far from anarchy. Being simple and organized, the whole process is bitcoins being transferred via a peer-to-peer network from bitcoin holders. Commonly referred to as a giant ledger, these transfers are tracked on the blockchain. Each block in the blockchain is built up of a data structure. This allows for detecting fraud or corrupted files. The blockchain prevents it from damaging the rest of the ledger if a single file in a chain is corrupt or fraudulent. Bitcoin’s blockchain programming handles when bitcoins are made and how many are produced instead of relying on a government to print new currency. This also help ensures the transactions are accurate.

How Many Bitcoins are There in Circulation?

In circulation, there are currently about 17 million bitcoins. The supply is controlled by design, since there isn’t a central regulatory agency or government controlling the supply of bitcoins. The total supply is capped at 21 million bitcoins to ever be created. To combat the government’s use of inflation as a hidden taxation to redistribute earned wealth, it is believed that Bitcoin was designed to become a deflationary currency. By overthrowing the currency printing powers of transient politicians, many people praise Bitcoin for empowering the people.

Greatly minimizing the risk of fraud is one of the most appealing features of bitcoins. Volunteers, referred to as miners, constantly verify and update the blockchain because Bitcoin is decentralized. Another block is added to the blockchain and business continues per usual after a specific amount of transactions are verified.

Essentially every other person on the network verifies each transaction, instead of a single central server verifying every transaction. The first one to solve the math problem adds the verified block of transactions to the ledger as miners are presented with a complicated math problem. To get a correct answer, the calculations are based on a Proof of Work (POW), or the proof that a minimum amount of energy was spent. Hardware is used to perform Bitcoin mining. With a chunk of bitcoins, bitcoin’s built-in reward system compensates successful miners. Per Bitcoin’s programming, and the block reward halves about every four years, the reward changes over time per Bitcoin’s programming. Approximately 12.5 bitcoins are the current reward for each new block of verified transactions. With a sophisticated process, the mining uses ASICS–Application-Specific Integrated Circuits. The sheer amount of competition makes it difficult for newcomers to enter the race and profit, Bitcoin mining operations take a lot of effort and power. To use it to outcompete the competition, a miner would not only need to have adequate computing power and the knowledge in addition to needing extensive amount of capital necessary to fund the operations.

If you have invested in bitcoin and are uncertain about how financial matters and taxes are related, call Mark Dicus & Company to assist you. 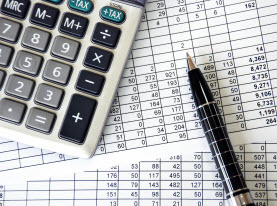 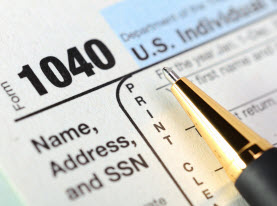 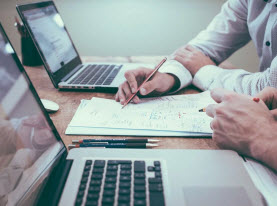 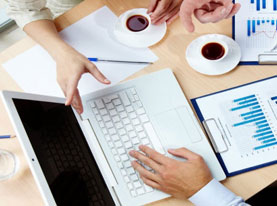